Every month or so, City Habitats will put a spotlight on the work of one of our partner organizations that has exemplified truly innovative and inclusive projects toward implementing green stormwater infrastructure in the region. We hope that these Partner Spotlights will give other organizations an opportunity to learn about similar work and inspire them to seek collaborative efforts.

On a sunny day in Seattle, I sat down with Aaron Clark, the Director of Strategic Partnerships for Stewardship Partners. Stewardship Partners represent one of the original convening members of the City Habitats coalition, the convener of the yearly Puget Sound Green Infrastructure Summit, and perhaps the most appropriate organization to be highlighted for our first City Habitats Partner Spotlight.

When I asked Aaron about how the organization first started, he jokingly said, “it is the only organization, that I know of, that was born out of the ashes of a failed Republican US Senate campaign.” Considering our current political climate, it’s a valuable reminder that conservation does not need to be a liberal or conservative issue but rather a universal one. The organization was founded by Chris T. Bayley, a former King County Prosecutor, who ran for the US Senate as a Republican. While he ultimately lost the republican primary, he asked his funders whether he could use the leftover campaign funding to start an environmental organization. They said yes, and Stewardship Partners was launched.

With just a laptop and vision, the organization started by engaging local landowners about stewardship and conservation, responding to a need Bayley identified during his campaigning. Local government was doing a poor job of engaging and educating rural landowners on the regulations that were protecting the land and animals in their area, resulting in landowners who felt conservation regulations were too burdensome. Stewardship Partners would help bridge this gap and find ways of funding projects with private and public funds. In their initial conversations with landowners, Stewardship Partners found many win-win solutions that would: protect salmon, use landowner’s knowledge of land use and ecology, and satisfy governmental regulation.

Engaging the community around approachable and accessible solutions is the key to Stewardship Partners success. With the increased growth of Puget Sound, it became increasingly salient to address the ecological needs that come with large scale urbanization in a localized way. One way Stewardship Partners does this is through elevating rain gardens to a household term through their 12,000 rain gardens campaign. 12,000 Rain Gardens was built as a partnership between Stewardship Partners and WSU Extension. They are addressing issues by educating communities on stormwater runoff and the small-scale solutions that can be implemented on a parcel and neighborhood level. With an emphasis on education, the program serves as a hub for information and resources, including in-person events and trainings for people who want to learn how to build rain gardens. As of today, the program has counted almost 4,000 rain gardens in the Puget Sound region, which equates to more than 64 million gallons of stormwater runoff managed annually (take a look for yourself at Sound Impacts, another of Stewardship Partners’ collaborative projects). Stewardship Partners plays an active role in Puget Sound communities by providing workshops and trainings to those who want to learn more and build their own rain garden. They are empowering the community to be stewards in their urban environment.

I asked Aaron to share with me what he thought ‘Partners’ stood for in the organization’s name: “Stewardship Partners is the perfect name for what we do because nobody should have to do things alone. We can’t do our work without collaboration and partnership. Everybody will have better and more successful projects with partners.” This can be seen throughout the organization’s different initiatives. Each one is rooted in community engagement, empowerment and most of all, partnership.

In Aaron’s perspective, Stewardship Partners will continue to be a nimble and slightly disruptive non-profit into the future. They will be working across the landscape and be where the people are to help them achieve their environmental goals. Aaron hopes that they continue to be a part of the environmental movement’s reconnection with its social justice roots, specifically centering the needs and voices of the community as the guiding star for all restoration and environmental investment priorities. The most pressing work for the conservation sector as a whole is building trust between the environmental movement and communities most effected by environmental damage. Conservation organizations need to continue listening, learning and following community members who know the problems in their communities better than anyone else. As Stewardship Partners looks to improve and evolve their own place in the environmental sector, they hope to encourage all organizations to do the same. The more inclusive and prudent we can be, the more we can get done in an equitable way.

If you would like to learn more or get involved with Stewardship Partners, check out their website:
www.stewardshippartners.org/

If you would like to learn more about how to construct a rain garden in your neighborhood, check out:
www.12000raingardens.org/ 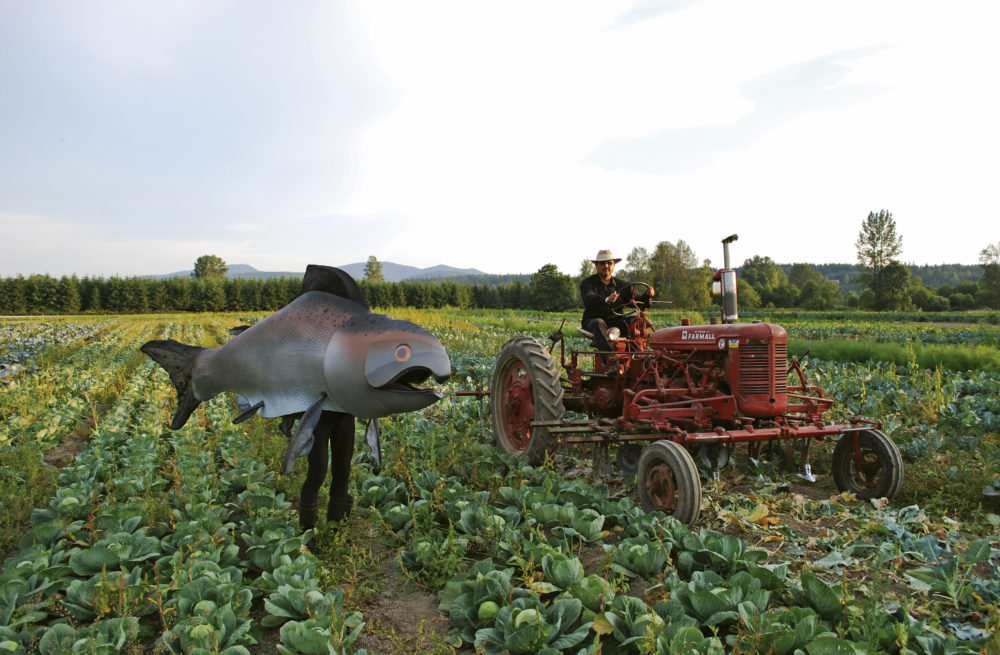